Now I don’t claim to know the specifics about the whole Occupy Wall Street movement, nor do I wish to be perceived as having a complete grasp on all the implications of the Citizens United v. Federal Elections Commission case.  I’m fairly laid back when it comes to politics and I try to shy away from getting into political debates.  However being a big geek I do enjoy drawing parallels between real life situations and my favorite fictional universe, Star Wars.

When it comes to Star Wars I consider myself something of an expert.  Obviously my love of the movies stems from the original trilogy but I do enjoy the prequels as well, and don’t have quite the feverish hatred for them as some others out there.  In fact one of my favorites of the three prequels, despite the great fount of dissenting opinions from across the opinion-sphere, is The Phantom Menace.  Sure there’s too much Jar Jar, despite that though I found myself extremely engrossed by the scenes on Coruscant and the political environment there.  For as we all knew, this would be the political realm that would usher in the end of democracy in the old Republic, and set up the power base of the nefarious Emperor Palpatine!  One of my favorite additions to the Star Wars mythos in the prequel films was the Trade Federation and its lot of greedy cronies. 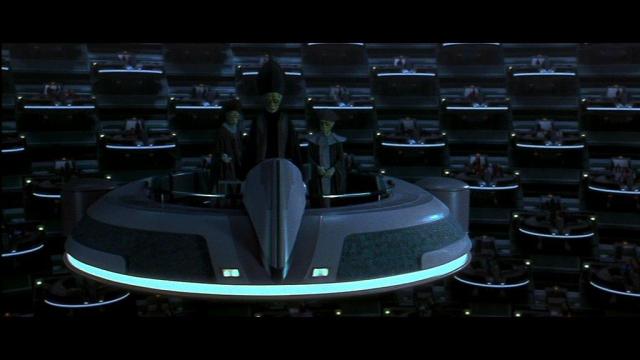 Senator Lott Dod of the Trade Federation addresses the senate

Sound familiar?  I remember when I first heard about the Citizens United case, and the phrase “Corporations are people.”  My initial thoughts were, without skipping a beat, “Wow, they just created the Trade Federation.”  Of course corporations having the ability to create political ads is quite a stretch from intergalactic groups of corporations creating standing armies and invading neighboring planets.  Or is it?  Well not really, when you think that companies like Halliburton and others hire private security contractors and their own groups of armed forces to protect military supply lines and logistics outposts.  The number of private, corporate security forces in Afghanistan and Iraq are second in size only to the U.S. military itself.  For more information on that subject check out this LINK. 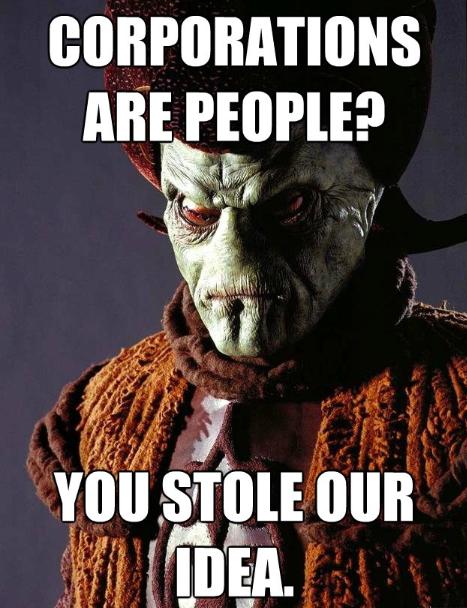 I’m not sure exactly what I’m getting at with all of this, I suppose that I’m just doing my own small bit of political activism by trying to illustrate how scary the phrase “corporations are people” really should be.  If that mindset is allowed to take hold, what’s to stop it from becoming “corporations are citizens” and eventually becoming “corporations deserve representation.”  I can almost hear the reasoning for it now, that such a move would be able to alleviate the economic sway of special interests over politicians, when in fact it would simply give special interests exactly what they want, a political voice, and more power.  Such things or course are only theoretical, but we already have corporations theoretically being people.  What’s to stop these theoretical ‘people’ from forming theoretical states within states which could then be granted a voice and legislative power equal to the very real individuals who have to then toil for and deal with these over powered and gluttonously wealthy corporations.  People are people and from what I remember in my social studies classes in middle school governments are supposed to exist to support and protect their citizens, not cater to shadowy businesses who have buckets full of money which they can use to sponsor the direction of political discourse.  Ah but what do I know? 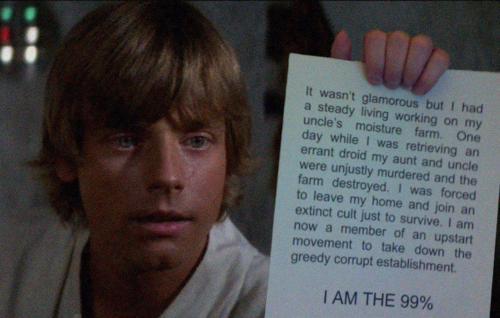