I swear there will be new writing up soon, I’m working on finishing a slew of poems and have decided to serialize some of my short stories here so more people can read them.

In the mean time however learn about new podcast episodes of which I’m proud of!

In this episode David and Joshua are joined by self-proclaimed zombie expert DAN HENSLEY to discuss all things ZOMBIES.  Including our favorite zombie movies, comics, games, books, and more!

The trio also discusses their favorite types of zombies.

Are you someone who prefers your undead to be slow and menacing or fast and terrifying?  Are you a fan of the virus related zombification or would you prefer your brain-hungry ghouls to be of a more mystical origin?

We share our thoughts on these subjects and provide some sensible tips to help ensure you survive the inevitable undead uprising!

This episode kicks off our 2018 season of HORROR that will consist of a lineup of shows featuring a variety of spooky and frightening topics!

To celebrate the occasion of the day I present the following short horro story.

Last year this was turned into an audio reading by Jessica Burkhart and my podcasting partner David Tavolier for our podcast TRIO SIMPATICO but I realized I never posted the actual text anywhere.  So here you are, I present to you in full Unrequited Death – 1870 by me, Joshua Scott Witsaman.

If you’d like to listen to the podcast featuring the reading simply go HERE! 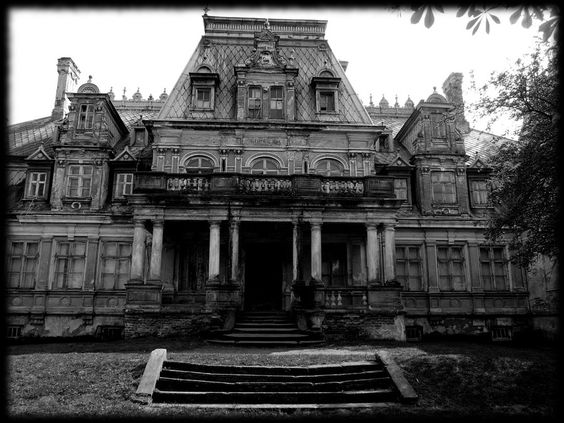 END_OF_DOCUMENT_TOKEN_TO_BE_REPLACED

One of the benefits of being a lifelong, outspoken Star Wars fan is that sooner or later you don’t really have to go out of your way to find cool or interesting Star Wars stuff.  Eventually everyone I know realized that a large portion of my conscious thought is focused on Star Wars and unless they’re talking about Star Wars the chances are pretty high that I’m not listening.  Therefore my friends and family are constantly bringing new and exciting Star Wars tidbits to my attention and it’s great!  Whether it’s production news, toy releases, or simply attempting to test my knowledge base I seem to constantly be engaged in one Star Wars conversation or another.

Recently a friend brought something to my attention which has become a new tangent for my Star Wars obsession.  This particular tangent is a podcast entitled Star Wars Minute.  Without the slightest bit of hyperbole Star Wars Minute is a pure work of genius.  It’s one of those simple, yet brilliant concepts that is begrudgingly infuriating only because you didn’t come up with the idea yourself.

The main premise of the podcast is that the two hosts, Alex Robinson and Pete “The Retailer” Bonavita, watch the Star Wars movies one minute at a time, every day, Monday through Friday, and break those minutes apart, analyze them, celebrate them, and most importantly delve into hilarious prolonged discussions about each glorious minute.  Starting back in 2013 the hosts worked their way through every minute of Star Wars, Empire, and Jedi, and are now currently well into The Phantom Menace.

At this point those of you reading are probably thinking one of three things:

C:  “How the hell can you talk, at length, about one minute of a movie?”

Allow me to address these questions before I continue.

A:  You are absolutely correct.

B:  It really isn’t overwhelming at all.  Sure there are a lot of episodes but you can really jump in anywhere, or just pace yourself and start from the beginning.  The episodes are generally 20 – 40 minutes long and if you like Star Wars I guarantee you’ll find yourself soaring through them in no time.

C:  That’s the beauty of the Star Wars movies, there is a lot to talk about.  If you really think about it, in any given minute of any of the Star Wars movies there are any number of elements coming together at the same time on screen.  You’ve got the actors, the characters, the aliens and ships of the Star Wars universe, the production style and cinematic choices of George Lucas, John Williams’ music, the various special effects, behind the scenes trivia, various drafts of the screenplay, and the list goes on.  So in short there is a great deal to talk about, both good and bad, in every minute of these films!

Now I don’t know the exact origins of Star Wars Minute or the duo that hosts it but here is what I’ve uncovered from their on-air conversations and a bit of interwebs research.

Alex Robinson is a comic book writer and artist based out of New York City.  Pete the Retailer was a manager at the New York location of the cult entertainment megastore Forbidden Planet.  Based on pure conjecture and their roster of podcast guests I’m guessing that these two friends pooled their network of contacts within the writing, cartooning, and comedy scenes and brought together this brilliant daily podcast with an expertly understated flare.

Pete and Alex have a great chemistry on-air and their conversations and dissections of the Star Wars movies are both informative and entertaining.  It’s like sitting around with your friends watching the movies, pointing out the interesting aliens that are stumbling around in the background, examining the confident ineptitude of Han Solo, and really analyzing the whininess of Jedi-to-be Luke Skywalker.  However I don’t want it to seem like the hosts exclusively make fun of the Star Wars movies, this isn’t a podcast version of MST3K.  Pete and Alex have an honest love for the fantasy/sci-fi adventures from that galaxy far, far away.

It should also be pointed out that Pete and Alex are Star Wars fans dating back to these films earliest days and the two of them are very knowledgeable about the fictional facts of the Star Wars universe, but not too knowledgeable; which in this case is an asset to a show such as this.  Although these guys are Star Wars super fans with a long running successful Star Wars podcast I do find myself occasionally shaking my head in dismay at some of the Star Wars knowledge they slip up on.  That however leaves the hosts and their guests open for a great amount of comedic speculation meaning the show doesn’t dwell too heavily on the practiced regurgitation of Star Wars lore.

Sure we all know Wuher was the bartender but Chalman owned the Mos Eisley Cantina.  Duh!

Speaking of the guests, almost every episode of Star Wars Minute has guest hosts who are Star Wars fans and experts of varying degrees.  Most of the guests seem to be friends and colleagues of the hosts who each add interesting and humorous points of view that help keep the daily podcast fresh week to week.  A few of my favorite guests that I’ve heard so far are Tim Kreider, Chris Radtke, Jackie Kashian, and the best of all Tony Consiglio.  When perusing the various episodes keep an eye (and ear) out for those guest stars and make it a point to listen to weeks when they appear.

If you can appreciate this image, then you’d probably appreciate Star Wars Minute.

Overall I’m just going to say this: if you’re a Star Wars fan and are looking for a new Star Wars related podcast to listen to I highly recommend Star Wars Minute.  You can jump right into the daily show which is now covering the Prequel Trilogy or you can go back to the beginning and make your way through the hundreds of episodes which minute-by-minute examine the classic Original Trilogy films.

And Pete and Alex if you’re ever in need of an extremely knowledgeable Star Wars fan for an open guest spot just go ahead and send me a message.  I’ll just be over hear studying my many tomes of Star Wars lore!