Halloween is approaching hopefully all of you boils and ghouls out there have your houses decorated, your candy bowls filled, and your costumes prepped.  Halloween is my favorite of the major holidays.  When October rolls around I try to bust out the skulls and pumpkin decorations as soon as possible, and the wife and I often disagree on how horrific the decorations should be.  Personally I don’t believe that any type of decorations should be blown out of proportion whether it’s a ridiculously involved Christmas light display, or a sprawling Halloween cemetery scene in your front yard with animatronic vampires, contrary to popular belief it is possible to over do it (and frankly your neighbors probably don’t want to look at your gaudy shit for a month anyway!) 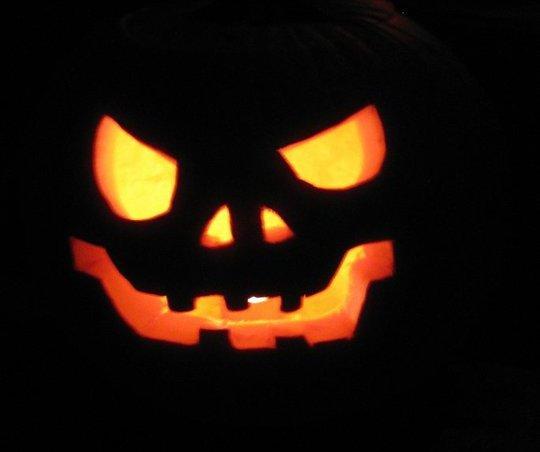 I firmly believe that less is more, and that you can have some memorable decorations without going the Clark Griswold route.  The contention between my wife and I is how scary the decorations should be.  If it were up to me I would pass out the Trick or Treat candy between two poles decorated with mannequins made to look like impaled child clowns, along with a few skulls trickling blood from their eye sockets.  You know, nothing extravagant but enough to really hit home and creep the hell out of the kids that approach my doorstep.  If you want the candy, you’ve got to be brave enough to get it.  Lauren however is more inclined to do the whole family friendly schtick.  Some jack O’ lanterns, a Halloween sign on the door, and maybe we dress the puggles in goofy costumes (which is always a good time.)  Our decoration plans are seemingly in constant negotiation.

However despite my love for Halloween, and my enthusiasm for it, I generally hate this last week right before the big day.

It always seems like when October starts the world comes out guns blazing with Halloween excitement.  The weekends are chock full of horror movie marathons, costumes are on display every where you go, and the Reese’s pumpkins are seemingly around ever corner beckoning you to devour them.  As the weeks go on though, and we come to this last week before Halloween the ghoulish spectacle wanes.  It seems like there aren’t any good horror movies left on the upcoming television lineup, and the Halloween decor has already been put on clearance, torn apart, and decimated like a cabin full of virginal teenage victims who’ve fallen prey to a supernatural serial killer.  With retailers quietly displaying Christmas merchandise earlier and earlier each season, it has gotten so that when we’ve reached Halloween people are already bracing themselves for the X-Mas rush!  It seems like every year around this time I’m forced to summon forth my inner demonologist and take it upon myself to keep the spirit of Halloween bright and alive (or at least undead.)  Thankfully through my experience I’ve come up with a regular routine of grotesque activities that help me keep my thoughts dark and my nights sleepless!  Allow me to go over a few of them for you now.

Like Peeps at Easter, and Candy Canes at Christmas, Count Chocula is a Halloween staple for me.  There was once a time when the Count and his buddies, Boo Berry, and Frankenberry could be found on the cereal shelves all year round, but those days are gone.  Now Count Chocula is a seasonal delicacy and I make sure to get as much of it as possible throughout the month of October.  There’s just something about chowing down on ghost and bat shaped cereal bits first thing in the morning that really helps keep the feeling of Halloween going!  Whether you’re a fan of the fumbling Frankenberry or the beatnik Boo Berry or the coco count himself, make sure to keep your shelf stocked with one of these, the scariest of the breakfast cereals. 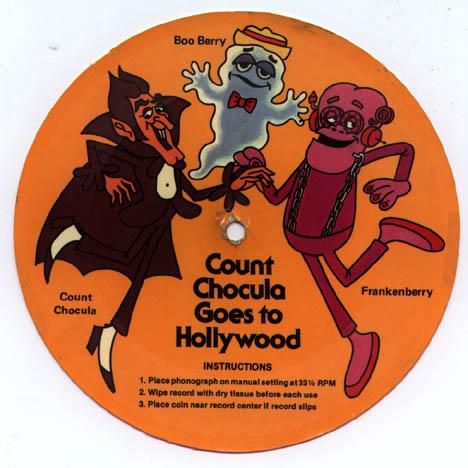 While on my way to work I make sure to set my iPod up to thrill me with some of the best of my Halloween related music.  Things like the theme from Halloween and Night on Bald Mountain are good for creeping yourself out in the early morning darkness.   If you need a little lighter fair, but still want to hit your Halloween groove you can try bands like the Cramps, or classics like the Monster Mash, and Thriller.  A couple of groups that deal almost exclusively with Halloween type themes and who I’ve come to appreciate all year around are Zombina and the Skeletones and Paul Roland.  Musically they’re very different but they both have their own unique darkness that ranges from bizarre and humorous to just plain creepy.  If you’d like to learn more about them click on their links.

This one really needs no explanation.  Watch. Horror. Movies.  Everyone has their favorites with varying ratios of gore to scare as well as classic to modern.  So I’ll leave the choices up to you.  Oh, and Tim Burton’s Nightmare Before Christmas is a must as well, just be ready to watch it again in a few months when X-Mas rolls around!  AND There is a bonus this year (and hopefully for many more years to come) with the television series’ The Walking Dead and American Horror Story!  Two great ongoing dramas that have thus far been filled with plenty of great storytelling as well as well crafted horror elements.  With the modern wonders of DVR you could conceivably save up your recordings of these shows for the end of the week and have a horror drama double feature!  Both shows are unique and will give you varying degrees of “the willies.”

Only on episode 3, and I can already say this show is a favorite of mine.

Take Halloween into your own hands!  If you wait for this last week to carve your pumpkins it can really help to keep those nostalgic Halloween feelings going, and helps ensure that your pumpkins don’t look like the Crypt Keeper by the time Halloween actually rolls around (unless of course you carved it to look like the Crypt Keeper.)  Personally around this time I also like to delve into some fine demented literature.  It’s always a good time to revisit my favorite paranormal superhero, Dr. Strange and his supernaturally macabre adventures.  Also this year I’m working on completing the entire collected works of H.P. Lovecraft which happens to coincide nicely with the holiday.  Finally look back at some other media that fits the themes of Halloween, for instance I plan on  rewatching the episode of the Star Wars Clone Wars cartoon entitled  Legacy of Terror, which features zombie Geonosians.  There’s even an episode of Babylon 5 called Day of the Dead which features a strange occurrence aboard the station where the dead return to the world of the living for a single night.

Undead Geonosians prowling the catacombs in search of clone brains.

Basically when others aren’t getting psyched for Halloween, sometimes you’ve gotta psyche yourself up.  Remember that Halloween is more than just bad movies, girls dressed like sluts, and tooth rotting candy.  Halloween is a holiday that allows us to briefly acknowledge the darkness of the world, and of ourselves.  Halloween expresses death and allows us to come to terms with the fear of all of our inevitable destinies, and Halloween allows us to revel in the mysteries and instinctive imagination of the human psyche!

Happy Halloween everyone, make sure to scare the piss out of someone special this year!

Today was Presidents Day. Every time this holiday rolls around I am reminded of an editorial piece I read several years ago in the local Akron Beacon Journal which brought up an important concept about this national holiday and its poorly chosen title. Though I had a basic understanding about the history of this federally observed holiday, sadly the ideas brought up in this newspaper article hadn’t struck me fully until after its reading.

As I’m sure most of us know, originally Presidents Day was not called “Presidents Day,” but rather a celebration of George Washington’s birthday. This of course is indeed a noble cause for celebration. George Washington was a father of our nation, leader of our homegrown revolution, and first president of our free nation. There is no one, even in todays poisonous political environment, who would argue that a recognized celebration of the life of George Washington would be out of order as a nationwide observance. Likewise, there was at one time a celebration of the birth of Abraham Lincoln. The leader of our nation who struggled to maintain our union throughout a divisive and bloody civil war. President Abraham Lincoln freed the slaves, undoing the shameful practice which lingered far too long in this country. Though the legitimacy of exulting our 16th president might be in question by the last of our country’s hold-out idiot bigots, the majority of our citizens understand the importance of this influential and important president.

Two separate celebrations for two separately extraordinary leaders of the United States. However at some point in history (I’m not a facts guru, go look it up) it was deemed that two days off was one too many, and the celebrations of Washington and Lincoln were combined into a single observance called Presidents Day. Which, under that broad title thusly diminishes the honor of the individual men previously heralded. Essentially, in the mind of the general public, Presidents Day became the sweeping celebration of a position of power, and not the celebration of the wise few who have wielded such power with great distinction.

Calvin Coolidge, Richard Nixon, George W. Bush. As I recall these were not popular men in our nations history, or at least they each had very troubled moments during their reigns, in terms of popularity. Whatever your political views are, or your personal views of the aforementioned three presidents, it is safe to say that none of that trio will ever be revered as a great watermark in American political history.

I guess what I’m getting at is that regardless of how your political stance leans or how terrible our modern political environment might seem it is important to remember that there were a few select Presidents of the United States who performed truly great deeds and exhibited the qualities needed to induce a nations veneration. Those are the individuals we should be celebrating on Presidents Day, I would suggest we change the title to “Awesome Presidents Day” or perhaps “Above Average Presidents Day” I just have a problem with lumping them all together in a single uninformed observance. Although I can not remember the author of that commentary from my local newspaper I am thankful I read it, and was thusly inspired to remember the important aspects of this national holiday. So take a moment to think about what your country might be like without the two gentlemen seen below.