So here it is, another Babylon 5 blog post from me.  I’m sure you might be getting sick of hearing me go on and on about this defunct sci-fi franchise and I promise I will try and make this my last B5 post for awhile, but I just have a few more things to say about this series.

As I mentioned before I was overjoyed to hear that all five seasons of Babylon 5 are available to watch on Netflix now.  Unfortunately the show only saw a brief life in reruns due to some sort of distribution rights dispute that effectively shut down syndication of the series.  For years I relied on VHS tapes that I recorded from television with the commercials edited out in order to spread the word on the show.  Even that approach, or showing the series on DVD, requires finding time to meet up and watch all five seasons, episode by episode.  It’s often difficult to find a time when that works for both parties.  You of course can lend out your copies to friends and family, but as I grow older I more and more take the position of “Neither a borrower nor a lender be.”  I know I still have movies and games floating around the house that I’ve borrowed from friends years ago, and there’s always a slight pang of displeasure when I am without a lent item for extended periods. 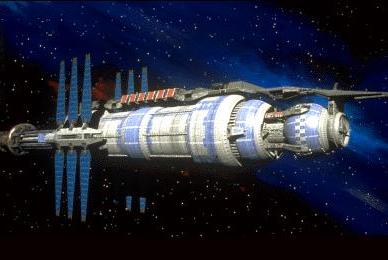 Now however, thanks to modern technology, all of that is a thing of the past at least when it comes to spreading the word on Babylon 5.  Ironically I myself do not use Netflix, the wife and I are currently crunching numbers in an attempt to save money, and though it isn’t that expensive, it does all add up.  It’s on our list however and I’m sure we will catch up to the rest of the world shortly.  This development though does mean that I can finally conveniently and efficiently urge my friends and anyone else I know with Netflix to watch the show.

I am taking up a personal crusade to prosthelytize Babylon 5.  I really believe there has not been a show to equal its scope and level of storytelling.  I love the franchise and the Babylon 5 universe, and unlike other major sci-fi franchises like Star Wars and Star Trek, Babylon 5 needs a bit of a fanbase boost because it seems to be slipping further and further away from the pop culture spotlight (doubtlessly due to the aforementioned lack of syndication.)  BUT I also do not want to overhype it.  I hate when that happens, when you get all pumped up for something listening to others talk about, and you go in with enormous expectations that can’t be met.  If you have never seen the show I don’t want you to take a look at the first season and think “What the fuck?  He was praising this?”  So here are a few things to keep in mind:

1-The effects, for the most part, are bad.  At the start of season 1, the special effects can be blocky, slow and a bit awkward.  You have to keep in mind though that this was an upstart low budget series.  This isn’t part of a big franchise like Star Trek where they can use the legacy of the show, and established fanbase for larger budgets for graphics and effects.  Like Babylon 5 itself in season 1, the effects department was just getting off the ground and starting from scratch.  Thankfully as time goes on the overall look of the show improves tremendously.

2- The show is dorky.  In case you weren’t aware the show is a sci-fi series which, on occasion, conforms to the stereotypes of the genre and has a few dorky moments.  A couple of bad puns here, an alien penis joke there, you know, those old chestnuts.  Though actually as the series goes on those lighthearted “dorky” moments really help reflect the heavier, darker, and more epically mature moments in later seasons. 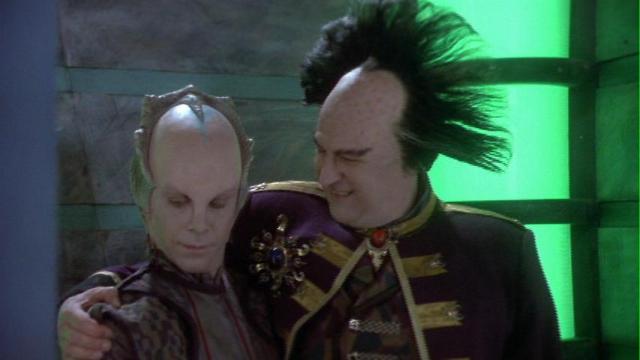 The show does have a lot of genuinely funny moments

3- The show is thick with continuity.  Babylon 5 isn’t a show you can pick and choose episodes with, in fact I often compare it to LOST in that respect when talking with people about the show.  Sure you’ll get the idea if you just jump right into season three, but there will be plenty of moments where you find yourself completely out of the loop, asking yourself “Now who the hell is that guy, and why is everyone so pissed?”  Without following the continuity of the show you really lose a great deal in regard to the development of the characters which is crucial to the show, and which I’d say is the best part of Babylon 5.  Which brings me to the good things about Babylon 5.

This show is unlike anything else in television, as far as I’ve seen.  The characters in the show grow and evolve with each episode and through every season.  No character is static, or two dimensional.  They are given quite a bit to deal with on screen and there are a plethora of rich personal histories that are alluded to, and referenced which help flesh out the characters.  When I say “the characters” I don’t mean just the main characters, the stars, the heroes, I mean every character on the show.  The side characters, the recurring characters, the comic relief characters, they all evolve as the show goes on.  You find as you watch Babylon 5 that your opinions of characters drastically shifts, and are often completely turned upside down.  The entire Babylon 5 cast is made up of cast of complex individuals working through their issues during the intrigues and immense storylines of the series. 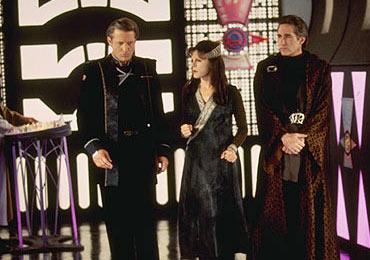 Aside from the characters, the setting for the show, the B5 universe itself, is also deep and well crafted.  There is a sense of history in the universe that is seen through the characters and the plot.  There are political tensions and feuds between various interstellar governments tracing back through these fictional histories.  There is a strong sense of realism, emotional honesty, mingled in through the high tech unreal world of Babylon 5.  In a way the political tones and issues portrayed in Babylon 5 were ahead of their time, I would go so far as to say that J. Michael Straczynski was the first television writer to capture the feel of the post 9/11 United States, before 9/11.  Which is a huge credit to the political savvy of the show.  Thinking about it now, with its themes of corrupted media, distrust of outside cultures, misuse of military power, government conspiracy, and so much more Babylon 5 is more timely now then when it was originally aired.

My last bit of praise for Babylon 5 simply goes to the writing.  The only word I can think of for the writing is epic.  The best description of the show I’ve read was that Babylon 5 was a novel on television.  That is exactly it.  A novel with a huge story arc, dozens of tangents, and varied and complex themes.  The show changed my expectations of television and of the sci-fi genre.  In a way the show changed how I viewed politics and science, encouraging a better understanding of both.  The best thing I’ve taken away from the show however are dozens of memorable chunks of dialogue.  From sharp tongued one liners to eloquent dramatic soliloquies, Babylon 5 has them all. 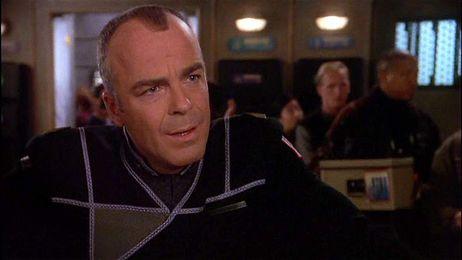 So overall my mission now is to create more Babylon 5 fans out there.  Why am I doing this you might ask.  Because I believe in the show?  Because I respect the creators and actors?  Because I hope to share the series message of realism mixed with hope?  The answer is yes to all of those I suppose, but I believe it is all pretty simple, and much more selfish than that.  I’m looking for more folks to talk about the show with who enjoy it as much as I do.  Perhaps I hope to prove to myself that I have been correct in devoting my fandom to the series.  If others out there like it, then maybe that means I have been right to spend so much time following the adventures of a band of fictional warriors and politicians in space.

Isn’t that why fans of any ilk band together?  Whether it’s TV, movies, sports, don’t we all get together not simply to enjoy the subject of our fandom, but perhaps to reinforce to ourselves that we are not alone?